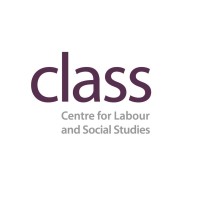 Pushed to the Margins

A report from the Runnymede Trust and CLASS interrogates the dynamics of race and class in London through gentrification. The result of a year-long research project, the report presented findings which quantitatively measures gentrification in the city between 2010-2016, and asked ‘how can communities be better protected when regeneration occurs’?

Key points from the research show:

While we clapped for carers, thanked the teachers of our children and acknowledged the bravery of transport workers, all too often these are the key workers, often from minoritised communities, whose very presence in the city is increasingly threatened by gentrification.

The report makes 5 policy recommendations which would protect communities as regeneration occurs:

This research with its ground breaking methodology enables us to for the first time measure gentrification. As a proud member of the Tower Hamlets community who was brought up on Brick Lane, I know first-hand the benefits gentrification can bring, as well as its heavy blow.

When I walk down my, now unrecognisable, Brick Lane I think back to the days I had to push past the National Front newspaper stand outside the front door of our Brick Lane squat. Simply to get to school, we had to run the gauntlet of physical blows and racist invective from those who manned the store. I am glad those children going to my old school are no longer subjected to such experiences.

However, Bangladeshi shops and restaurants - the bedrock of the local economy - are now finding it hard to compete. We need to offer businesses support and control to manage the super growth of the area that is on the doorsteps of the City of London. Regeneration should not come at the expense of local ethnic minority working class communities. As this past year has shown us, they are essential to the functioning of daily life and have given up so much to keep our city running the past year. We must protect them at all costs.

Whether we were born in London or moved here, most Londoners want to live in a city that belongs to everybody. But today, working class and ethnic minority Londoners are being pushed to the margins of the city as a result of the failure of local authorities and central governments to take care of our communities.

This report must mark a turning point in how governments manage gentrification. Rent control must be introduced immediately, followed by a social housing programme as big as our efforts after the second world war, so that every Londoner has the chance to put down roots, raise a family and build a community in safety.

Between 2017-2021, the Runnymede Trust collaborated with the Centre for Labour and Social Studies (CLASS) to research race and class inequality in the UK and foreground a new way of talking about these issues so that:

The Race and Class Messaging Toolkit (2019) was a project aimed at providing language to build solidarity across difference and challenge ‘divide and rule’ narratives, for both advocates and the general public.

Many of us – advocates for race, class and/or immigration justice in the UK – have unintentionally reinforced the narratives of our opponents by discussing our issues in isolation. Building on race and class messaging and framing work in the UK and US, as well as our own research, this checklist identifies 12 common traps on both the content and the form of our conversations on race, class and/or immigration. To any of those traps, we propose alternatives for strong messaging to engage our supporters and persuade those who can be.

The reason why ‘divide and rule’ narratives are so powerful is that they get relayed into our daily conversations and come to be perceived as common sense. We have all heard things like ‘These people come here and take our jobs’ or ‘They profit from the NHS on the back of the British who pay for it’. For many of us, this is uncomfortable and disheartening yet we often don’t know how to respond. This guide is aimed at providing tools for everyone to stand up against the ongoing blaming of BME, migrant and working-class communities for issues experienced by society across the board. It is crucial for us to focus efforts and resources towards concrete solutions to injustice and inequality.

We Are Ghosts: Race, Class and Institutional Prejudice

Reviewing a punitive culture of services experienced by the working class

Pushed to the Margins

A quantitative analysis of gentrification in London in the 2010s

No items found.
Clear search

Thank you! Your submission has been received!
Oops! Something went wrong while submitting the form.